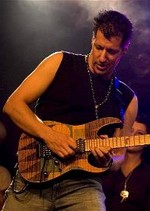 Martin has released 2 instrumental CDs as a solo artist and is currently recording his third solo CD. He gigs with the Iron Maiden-Tribute-Band "KILLERZ" and the Rock-Band "Sunny Skies". Besides teaching, his schedule also includes playing live and studio sessions. In 1992 he joined the Rock-Band BABY'S IN BLACK, who released the CD "Between" in 1995. After the breakup of REVERSE, he started working on his first solo-CD "Keeping the balance" which was released in 1994. His versatile profile and interest in different musicial styles got him some gigs with iranian singer/composer Siavash Ghomeyshi and he composed and recorded two soundtracks for the computer-games "MAX!" and "Mobility"; he even played dark wave with Danger de mort on two CDs and live.

In 1999 he realesed his second instrumental album "Law of the jungle" again featuring his favourite musicians Rolf Sander on bass and Alex Bisch (Martingan) on drums. Martin has played the german Jemfest three times, sharing the bill with shredding buddies Ricky Garcia (LaFee), Marcel Coenen (Sun Caged) and Eric Vandenberg (writer for "Guitar"-Mag). In 2002 he played guitar on the pop-rock album "Catwalk Autobahn" by Oliver Burg. 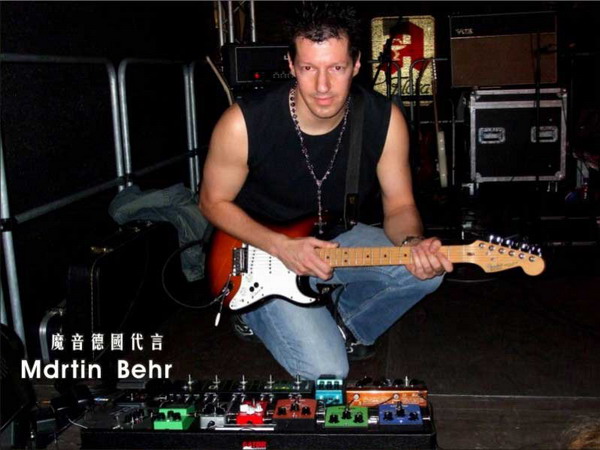